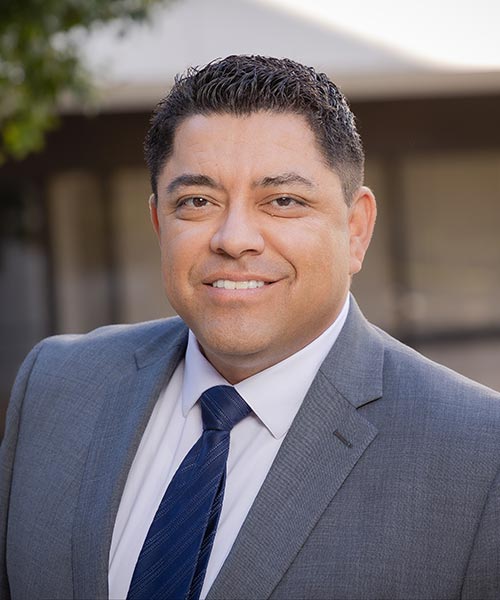 Born and raised in Firebaugh, California on the west side of the Central Valley, Mr. Delgado worked on the family farm before and after graduating from Fresno State with a Bachelor of Science degree in Agricultural Business and minor in Plant Science.

He received his law degree from San Joaquin College of Law where he was awarded the Witkin Award in Water Law, Business Organizations, and Interactive Media. This award for Academic Excellence is given to the student designated by the school as attaining the highest grade in the course. His practice is focused in the areas of public agency, corporate & business law, real estate, reclamation & water law and agribusiness.

While in law school, Mr. Delgado was a judicial extern for the Hon. Sheila K. Oberto at the United States District Court, Eastern District of California. He has also been active in the community, serving as a member of the Board of Directors for Firebaugh-Las Deltas Unified School District and the Kerman Baseball Boosters Club, and has helped coach youth baseball in the Bullard Cal Ripken League and other local travel baseball organizations.